Getting ahead of COPD exacerbations using new tech could save lives 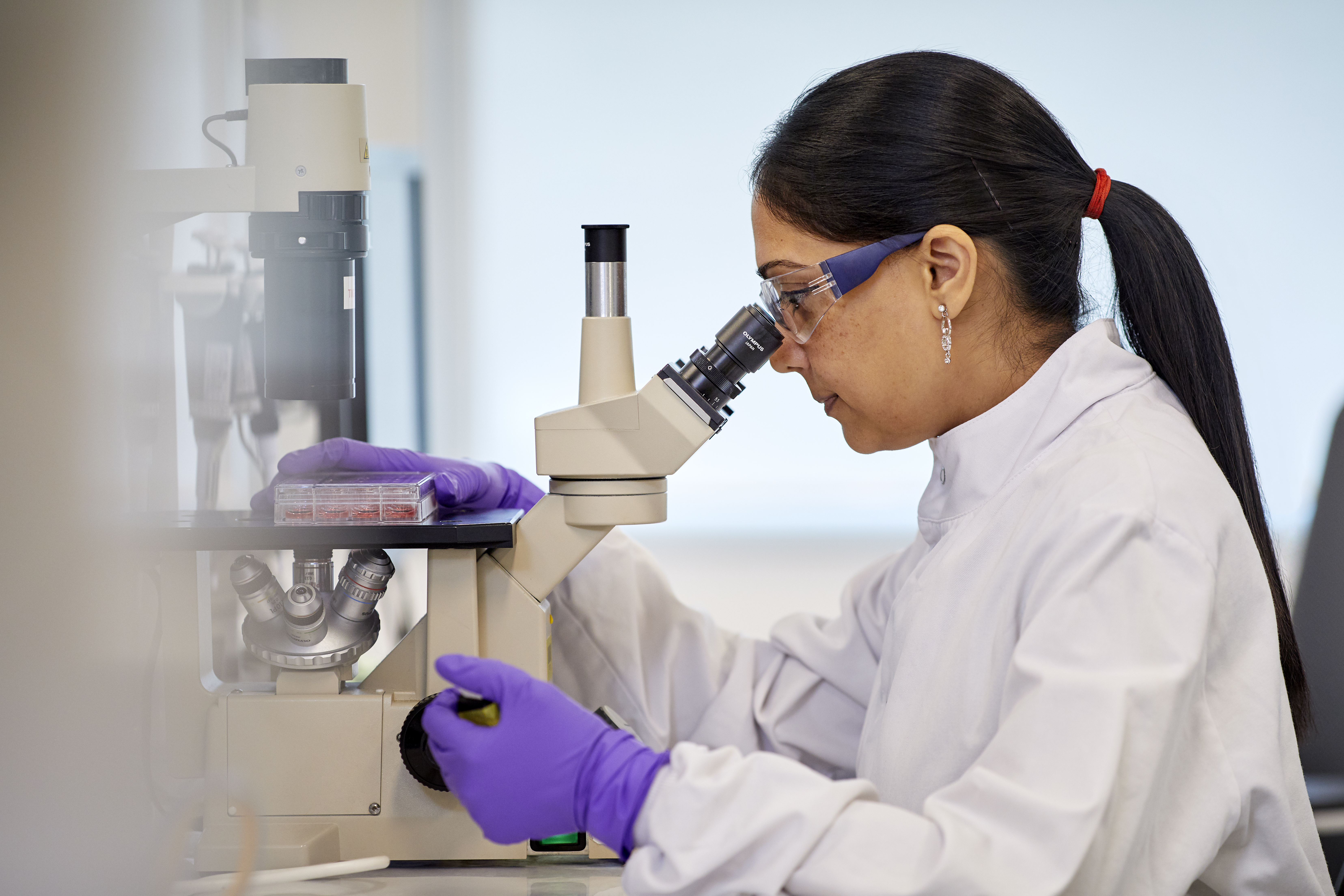 Keeping our lungs in good condition is integral to our future health and wellbeing. For patients with challenging respiratory conditions, such as Chronic Obstructive Pulmonary Disease (COPD), several factors contribute to a sustained decline in lung function. These factors include COPD exacerbations – flare-ups of symptoms which can be distressing and sometimes lead to hospitalisations. However, exacerbations are treatable and potentially preventable.

Building on 50 years of research in the field of respiratory disease, GSK scientists continue to challenge themselves to develop new ways to improve the lives of patients.

Q: What is the GSK approach to challenging COPD exacerbations?

David Lipson: “COPD is an insidious, progressive disease which is often diagnosed too late to prevent significant lung damage. As always, our approach has been data-led. The three-year GSK ECLIPSE study, which sought to better understand the risks of repeated exacerbations, included over 2,000 patients. It showed us that keeping those living with COPD stable and controlled had a positive effect on the risk of continued exacerbations requiring hospitalisation. This was also the first research of its kind to definitively conclude that one COPD exacerbation increases the risk of similar future episodes.

“We also developed a much deeper understanding of the individual characteristics of patients. From the findings of our own investigations, we’ve championed the concept of holistic COPD management – highlighting the benefits of vaccines and other pharmacologic therapies as well as important lifestyle adaptations, including smoking cessation.

“A relatively recent trend of advanced modelling using artificial intelligence to analyse thousands of patient CT images is already helping us define the individual characteristics of COPD patients, so therapy and future clinical trials can be personalised.”

Q: Why is tailoring treatment for individual patients so important?

DL: “Every COPD patient is unique and affected by the condition in different ways. Instead of a ‘one-size-fits-all’ approach, we need to tailor treatments and support to the specific needs of the individual.

“At GSK, we’re working with respiratory experts to examine the evidence for a ‘Treatable Traits’ approach to the management of respiratory conditions. This involves considering certain factors – or traits – a person may exhibit, including lifestyle, disease characteristics, comorbidities or having other concurrent medical conditions, and disease markers including levels of eosinophils – a type of white blood cell, which can cause inflammation in the airways. This type of assessment allows physicians to identify the most appropriate intervention for each patient.”

Q: Why is early diagnosis important for successful long-term management of COPD?

DL: “We know up to 40-50 per cent of patients continue to experience exacerbations despite maintenance therapies, meaning there’s a significant unmet need. Early diagnosis is critical for getting patients on the right treatment pathway. Supporting routine spirometry, which is a common test used to assess how well your lungs work by measuring how much and how quickly you inhale and exhale air, and lung function testing, is particularly important to ensure we identify patients and then provide them with quality therapies, tailored to their personal needs.

“We are also proud to collaborate with patient associations and professional societies to understand patient need and partner on better diagnosis and treatment strategies. Identifying patients with COPD in the first place is key.”

Q: What exactly are COPD exacerbations?

Chris Compton: “Over 384 million people globally are diagnosed with COPD. Several processes are known to cause the airways to become narrow, including destruction of part of the lungs, a build-up of mucus, and inflammation or swelling of the airway lining. The result is a variety of COPD symptoms, including breathlessness and a chronic cough, often with phlegm and tiredness. A high number of patients experience exacerbations, or flare-ups, which are a worsening of symptoms beyond normal day-to-day ups and downs. While COPD exacerbations are often caused by a respiratory infection, there are other contributing factors, including smoking, air pollution, severe airflow limitation, existing comorbidities and a history of prior exacerbations."

Q: Why is preventing exacerbations important?

CC: “Evidence shows us that exacerbations accelerate the decline in lung function that characterises COPD, resulting in reduced physical activity, poorer quality of life, and an increased risk of death in more severe cases. Each time a COPD exacerbation occurs, it may leave behind permanent, irreversible lung damage, making it harder for patients to breathe and increasing the likelihood of worsening symptoms in the future. While everyone experiences exacerbations differently, preventing this spiral of disease progression is vitally important for improving COPD outcomes, including survival.

“Around 1 in 5 COPD patients who experience an exacerbation require hospitalisation. Significantly, many people who end up in hospital are readmitted following release. COPD therefore represents a substantial economic burden on healthcare systems around the world, as well as a resource burden for already overcrowded hospitals. Reducing exacerbations is fundamental to lowering the healthcare costs attributable to COPD, alongside improving lung function and wellbeing.”

Q: How can COPD exacerbations and hospitalisations be prevented?

CC: “One of the most important ways to prevent an exacerbation is by ensuring those with a COPD diagnosis are regularly assessed for their risk factors for exacerbatons and to make sure they are on the right management plan, including being up-to-date with their vaccinations. Acquired infections can make it more difficult to breathe and cause further damage to lung tissue. The Global Initiative for Chronic Obstructive Lung Disease (GOLD) recommends several vaccines, including those for flu, coronavirus, pertussis, pneumococcal, and zoster vaccines as part of the overall management for adults with COPD.

“We’re looking at other viruses that can cause exacerbation, for example, the common cold virus. We’re also looking at potential new therapies that could be given when symptoms first occur to prevent that virus from taking hold and leading to worse outcomes.

“Data suggest that even with escalating problems, people with COPD are often reluctant to share a worsening of their symptoms with their doctor, again impacting the chance for them to be appropriately treated. This is why we place an emphasis on bridging communication gaps between patients, doctors and caregivers, so that information about how the disease affects daily life is shared, and the disease can be more effectively managed to reduce risk of exacerbation or even death.”

Following the science of oxygen to discover solutions for anaemia

Targeting treatable traits in asthma and other respiratory conditions 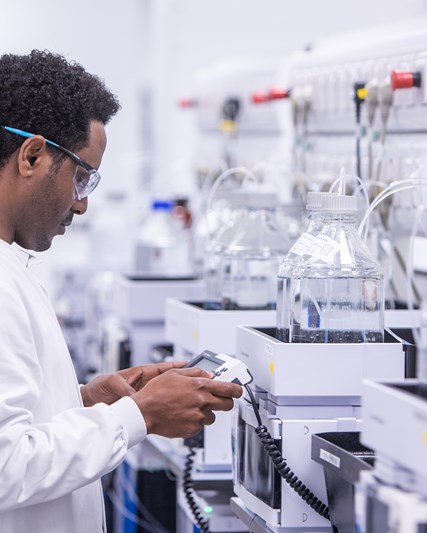 The logic of biologic medicines

Biologic medicines are evolving what treatment can potentially achieve for the millions affected by immune-mediated conditions.