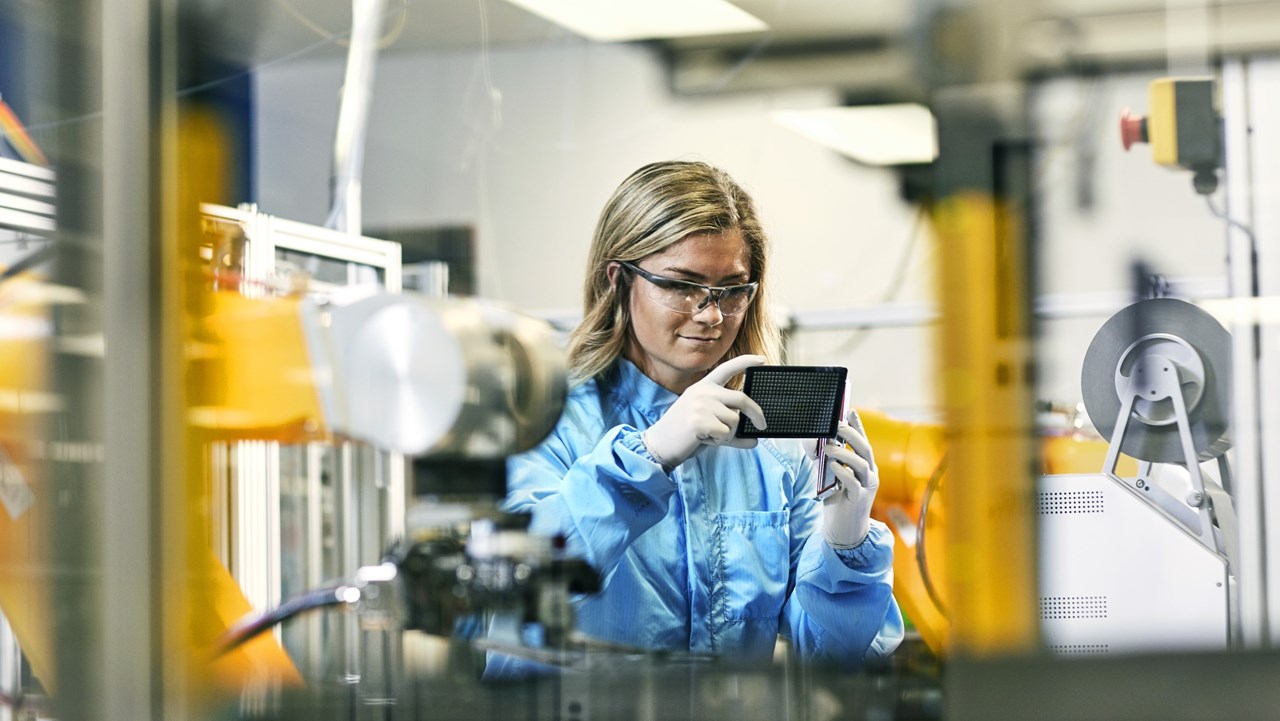 Gosia Trykna, who is the Experimental Science Director at Open Targets and a group leader at the Wellcome Sanger Institute, and David Tough, a Senior Scientific Director in GSK’s Immunology Research Unit, discuss how the long-standing partnership with Open Targets builds on GSK’s leadership in bringing together human genetics and advanced technologies, and what this groundbreaking new research means for how we treat immune diseases more effectively.

At GSK, we’re always looking to gain insight into what causes disease so that we can develop more effective medicines to treat them. We’ve long known there’s a correlation between variations in DNA and many diseases of the immune system, for example inflammatory bowel disease, multiple sclerosis and rheumatoid arthritis. Specifically, we know a type of immune cell called T-cells are where changes in gene expression that ultimately lead to disease often occur. But until now, it’s been difficult to get a detailed look at what exactly influences T-cell behavior because there are many sub-types of T-cells and their activity is highly dynamic and complex.

As part of Open Targets, a public-private partnership focused on using genetics and large-scale genomics to identify promising areas for drug development, GSK and scientists from the Wellcome Sanger Institute pioneered the first use of functional genomics technology that allows researchers to observe shifts in gene expression at the resolution of single T-cells – and over time. We’re now able to better understand the intersection between human genetics and the immune system, getting us closer to pinning down the root causes of disease.

Researchers identified links between 127 genes and immune diseases, providing newfound insights into the sequence and timing of gene activity during the activation of T cells, a key process in regulating the body’s immune response, and will help to identify new targets for drug discovery. The results of this work are being published in a new article in Nature Genetics, a world-leading multidisciplinary science journal.

Q: What was the goal of this work?

Gosia Trykna: At a basic level, we know from lots of previous research that there are associations between variations in DNA and immune diseases. In this work, we wanted to better understand how these genetic variants regulate the immune system. Why do they make the immune system over-reactive and result in escalated inflammation in patients? In previous work, we’ve shown that these disease-associated variants are linked to the T-cell activation process but it was unknown exactly how, or through which genes and processes. So, that was where we focused this time around.

Q: What's so important about T-cells?

David Tough: T-cells are key immune cells that are critical to protecting our body from infection and can help fight cancer. However, abnormalities in the functioning of T-cells are often the cause of immune mediated diseases. When T-cells recognize foreign substances and become activated, they undergo massive changes in their gene expression patterns. In this work, we measured alterations in gene expression throughout T-cell activation at the level of individual cells. We then assessed whether genetic variants that are known to increase the risk of developing immune diseases affect the expression of genes in T-cells at different points of activation.

Q: How do you go about doing something like that?

Gosia: We recruited over 100 participants to collect cell samples, making sure to get a representation of age and gender. We cultured cells in the lab and used a method to mimic cell activation, similar to the process that a T cell would encounter in the body. We then measured gene expression over multiple time points of activation. By doing this at single cell resolution and in a large number of cells – more than 600,000 – we were able to capture how individual cells change in their gene expression patterns at different states of activation. The study of this sample size gave us the statistical power to associate the natural genetic variation with changes in gene expression in the T-cells under different conditions, something that can’t be done with just a few individuals.

David: Then we overlaid that information with known genetic variants associated with immune diseases. In this case, we looked at 13 different immune diseases and the genetic variants that are associated with those diseases. By matching those to the variants that we found in this study that were affecting gene expression in the T-cells, we were able to see areas of overlap. From those areas of overlap, we can start to hypothesize that the genes affected by these variants may be functionally linked with predisposition to a certain disease.

Q: What was new or unique about this work?

David: The power that this work brought out is the ability to make observations at the single-cell level. In the past, when we would measure gene expression in bulk populations of T-cells (usually hundreds of thousands to millions of cells), what you end up with is an average for the expression of genes across all the cells. But T-cells aren’t all the same. So, while the expression of a given gene could on average be no different when comparing two bulk cell populations, it might vary greatly between individual cells. So, you really lose a lot of information when measuring average gene expression in mixed cell populations. And indeed, we do see such differences! Single cell technology allows us to let the data lead and make much more precise hypotheses – rather than making assumptions.

Gosia: We were also able to get a more dynamic look at how cells work, understanding how cells transition from a steady resting state all the way through different activation time points. This is a major improvement over past methods, which took more static snapshots of cells at specific time points. In this work, we were able to capture what happens as individual T-cells transition between time points. Studying single cells in this way is a much more organic method for capturing cell behavior and changes in gene expression over time. It’s great to have data points about a single point in time, but cells are dynamic, not static, and we can now better fill in the gaps between the time points we’re measuring. For example, we can show that cells smoothly transition between the different states of activation! We’re adding in granularity and information that doesn’t exist in any publicly available data sets yet.

Q: So, why does this all matter?

Gosia: Ultimately, what we did is make an important link between the known variants predisposed to immune diseases with changes in gene expression in T-cells. This helps us understand which genes are affected by the immune disease variants and if the gene expression is up or down regulated, which tells us which direction we need to adjust to change the likelihood disease progression.  This tells us about the disease biology, about what might be causing the disease, and what factors put someone at risk -- and potentially could even identify different ways to inhibit or modulate the gene expression to treat the disease. Importantly, we understand if we need to increase the activity of a gene or decrease the activity of a gene to counterbalance the effect. All these are important clues for developing medicines.

David: We can also apply computational analysis to group together cells that have the most similar gene expression patterns, to understand commonalities and patterns between the associations and variations that drive various diseases. This can help confirm some of our understanding of diseases that might have a common sort of pathology. It can also reveal new understandings of diseases we may not have previously known were related – which is aligned with GSK’s disease agnostic approach.

Q: What does it mean for GSK moving forward?

David: We’ve already been implementing the learnings from this work at GSK, for example in our search for new targets. But more broadly, the learnings can be used in the future beyond the 13 diseases that were a part of this study to understand what’s underlying other diseases – for example, those in which T-cells aren’t necessarily known to be involved, but may play a role. Our work is a resource that could be used more widely than what we applied in the paper, which was an example to show the power of the technique to identify these novel gene associations.

Combining genetics and tech to double success rates for patients

Harnessing the predictive power of genetics, genomics, and AI-ML to unlock the insights of tomorrow to develop better medicines today.

Getting ahead of infectious diseases with advanced technology

Our researchers harness the science of the immune system, human genetics and advanced technologies to get ahead of infectious disease.

Advancing the Next Generation of Immuno-Oncology